Archived information from a past CALM miniconference.

This is a one-day conference, open to all labour activists. The mini conference will feature workshops and networking opportunities.  Lunch and coffee breaks are included. The day starts at 9:00 AM and will finish before 4:00 PM. 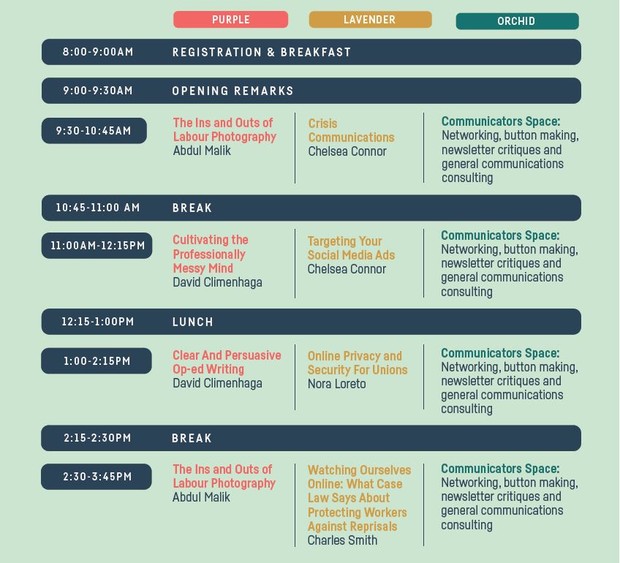 All delegates are invited to submit a newsletter or an article for a one-on-one writing critique with CALM’s editor. Please send your writing sample or newsletter to editor@calm.ca

Conference details are being updated regularly.  Check back often!

We have secured a discounted rate ($115/night) for November 29-December 1 at:

If you’re planning to attend, don’t forget to bring some local swag to share with other delegates: magazines, lanyards, stickers — anything that will show off your union’s work.